Fun Wedding Photo Booth Props That Your Guests Will Love 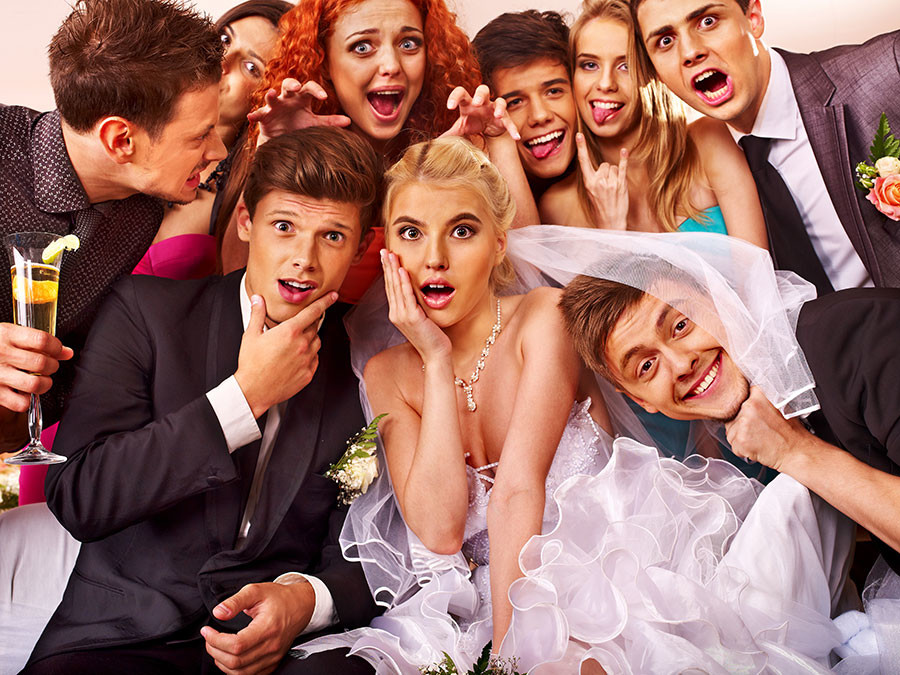 Were parties any fun before photo booths were invented? Of course they were! It’s just that photo booths were able to add a new level of fun to different kinds of events. Guests absolutely love them. Even the most staid and dignified characters hanker to have a turn at the photo booth; after all, it gives them that rare license to be silly and self-involved. They may not be the types to flood their social media accounts with selfies, but they can pose and mug in front of the camera in keeping with the spirit of the party.

What makes photo booths extra fun? Why, the props, of course! We get to see lots of fluorescent wigs, rainbow afros, oversized sunglasses, mustaches, hats, boas… If you get a picture of your boss, Aunt Mildred, your old Sunday School teacher, or anybody who is known for a lack of sense of humor, posing with layers of mardi gras beads around their neck and sporting a ridiculous fascinator worthy of a royal wedding on their head, then you can be certain that your shindig is a roaring success. There’s nothing like getting people to let their hair down to tell you that you’re pretty okay at this party thing.

When it comes to weddings, which are generally formal affairs, a photo booth is one of the elements that will ensure that they won’t turn into a big yawn. Of course you want your wedding to exude lovely romance and elegance, but you also want to make sure that people are having a great time. It’s a celebration, after all, so it would be good to see people letting loose and enjoying themselves. A photo booth is sure to do the trick every time.
You want your wedding photo booth props to also be clever funny and not just goofy. In Hollister, CA, where many weddings take place thanks to the lure of the vineyards, photo booths are very popular. To make this element stand out, the available props have to include things that are sure to appeal to wedding guests. Some of the favorites are:

• Team Groom/Team Bride – Guests can hold up one or both of the signs to show which side they belong to. Not that it’s a contest, of course.

• “I hope this doesn’t end up on Facebook” (thumbs down) – We all know, that picture will show up on Facebook, so that sign is really just a way of poking fun at the whole social media culture we subscribe to these days.

• “Who invited this guy?” (arrow pointing to the next person) – This is funny, especially if you work up the right facial expressions.

• Just Hitched – Of course, the bride and groom get to have their turn in the photo booth, so it would be fitting to have an eye-catching “Just Hitched” sign as well. For everybody else, how about a “Just Hitched” with “a ride to this wedding” in smaller letters?

You may want to furnish a small chalkboard in case people come up with their own witty captions.
No event is boring with a photo booth present, so make sure you keep that in mind the next time you host a party.